Giving Your Child’s Anxiety a Name

“Is She Talking Yet?”

I looked at the daycare director, puzzled by her question.  My daughter was almost two years old, and she talked a lot.  How could she not know this?

The director explained that she hadn’t talked to anyone at daycare yet, so she was just making sure.  We both wrote it off to shyness and figured that she would eventually start talking in class.  I was actually relieved to find out that she was considered to be the “quiet little angel.”  Her two-year-old tantrums at home could get quite loud, and it was good to know that she didn’t act that way in public.

At age three, the silence continued.  However, as soon as I walked into the room at the end of the day, I was greeted with, “Mommy, we did…” followed by a very lengthy description of an activity.  This would usually draw gasps from the teacher, who claimed that these were her first words of the entire day.

Still, we were fortunate to have very loving and patient teachers, so it did not become an issue. 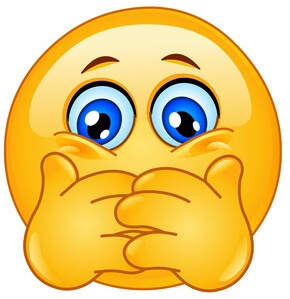 Everyone assumed that she would grow out of it.

One sweet girl, Amanda, had been her teacher for two years in a row. We were late one morning, so my daughter walked in eating her breakfast.  She finished her breakfast, handed the wrapper to Amanda, and said “I’m done.”

“I’ve been her teacher for two years, and those are the first two words that she ever said to me,” Amanda marveled.

Because my daughter was so comfortable with Amanda, we asked her to babysit one night in our home.  When we returned that evening, Amanda’s face was full of disbelief.  The quiet child she had taught for two years was laughing, dancing, and talking freely in front of her.  She had to pick up the phone and call the other teacher to share the commotion.

This behavior was so puzzling.  How could a child who acted so vibrant with her family at home completely freeze up in public?  “Shy” did not accurately describe this problem, but we had no other words to use.  We were still hopeful that she would grow out of this phase.

But we were starting to worry.

Kindergarten was approaching, and our concerns were rising.  So far this had been a cute, quirky characteristic, but if she didn’t start talking in school, we knew that we would have a problem.  We started to remind her often that she must talk to her kindergarten teacher.

A few days into kindergarten, a kind but concerned teacher gave us the news that we had been dreading:  our daughter was not talking in class.  We decided that it must be a stubborn personality.  I called her into the room and spoke to her right in front of the teacher.  I made it very clear that we expected her to start talking, and that every day that she didn’t would bring punishment at home.

Surely she would know that we meant business.

The punishments went on for five days.

My husband tried to remain stern, but he was exhausted from her tears.  This was our compliant child.  We never had to go to such extremes to get her to behave.  His gut was telling him that there was more to this than defiance.

“We have to find something else that we can do,” he said.  “This is not working.”

Knowing that you need help is quite different than knowing where to find it.  We were completely lost and had no idea where to turn for guidance.

I had a friend who had been a school psychologist before taking time off to raise her own kids.  I dialed her phone number and left a desperate message on her answering machine.   However, I did not hear back right away.

Two days later we were in church, and we shared our difficulties with our adult class.  Immediately after class, a familiar couple came to our rescue.  “I think I know what the problem is,” the wife began.  “Our daughter has selective mutism.  We taught your daughter in Sunday school when she was two, and she exhibits the same symptoms.”  She directed me to some online material to learn more.

I started reading about a typical child who has selective mutism, a childhood anxiety disorder in which children who are able to speak at home fail to speak in social situations.  The detail was so accurate; it was like the author had been secretly spying on my family.  This was my child.

It took about five seconds for the tears to start falling.  We were not alone.

I was completely stunned that I had never heard of this before.  How could we have gone this long without knowing?

I immediately sent an email to my mother, who received it the next morning at work.  She called me immediately.  “I’m sitting at my desk crying.  This is it.  This is why she can she can talk to me in my house, but can’t tell me what she wants to eat at the restaurant.  Why did we not know about this?”

From that point on, things started rolling forward.  My psychologist friend got back to me with the same suggestion: selective mutism.  I called my pediatrician, who 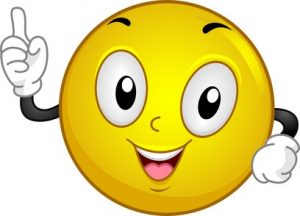 confirmed that he had three other patients with this problem, and my daughter fit the description.  The school psychologist observed my daughter and held a parent-teacher meeting to outline a plan.

There is so much power in just having the right information.  While each child’s situation and treatment is unique, healing cannot begin until the right problem is identified.  Pressure to speak (especially punishment) actually causes anxiety to rise.  We could have caused our daughter to have bigger issues in our ignorance.  This is why awareness is so important.

Our methods changed over the years to fit my child’s needs.  Today my daughter is a blossoming pre-teen who can carry on a conversation with an adult whom she just met.   There was a time when I thought that this would never be possible.  There is hope for children who suffer from anxiety.

Hello, humanoid! As you may know, the community blog contains true stories contributed to the GoZen! site. The Earthly people of law have asked me to remind you these stories are not to be construed as medical advice. Instead, if you have a child suffering from anxiety, we hope you are inspired and empowered by the journey and healing of others. If you would like to contribute a story to inspire others, please send it in here!

4 thoughts on “Giving Your Child’s Anxiety a Name”